Posted on August 5, 2021 by kommonsentsjane

Official Chinese state-approved footage from years ago showingbatsbeing kept at theWuhanInstitute of Virology has further fueled scrutiny of the research being conducted at the secretive facility. 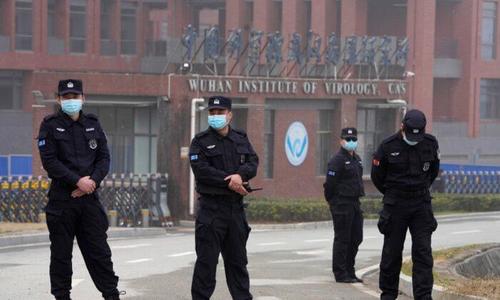 Security personnel gather near the entrance of the Wuhan Institute of Virology during a visit by the World Health Organization team in Wuhan in China’s Hubei province, China, on Feb. 3, 2021. (Ng Han Guan/AP Photo)

A 2017 promotional video featured on the website of the Chinese Academy of Sciences (CAS),a top Chinese state-run research institute that administers the Wuhan lab, showed live bats held in cages inside the lab. In it, a researcher who wears blue surgical gloves was holding a bat and feeding it with a worm.

Enjoys sports and all kinds of music, especially dance music. Playing the keyboard and piano are favorites. Family and friends are very important.
View all posts by kommonsentsjane →
This entry was posted in Uncategorized and tagged KOMMONSENTSJANE - Footage Of Bats Kept In Wuhan Lab Fuels Scrutiny Over Its Research | ZeroHedge. Bookmark the permalink.