KOMMONSENTSJANE – BIDEN REGIME CONTINUES ITS WARFARE ON THE REST OF US

Posted on August 12, 2022 by kommonsentsjane

Is this what is going on? Is Obama working through Susan Rice who works for Biden? Susan needs to be brought before Congress and drilled about this. We know that Obama is a Marxist and sounds like Obama tactics.  Remember he rid the government of all conservatives while he was in office.  Time to “open the can of worms.”

Also – the judge who okayed this was not an elected judge.  This judge donated thousands of dollars to elect Obama and worked for Epstein.

Difference Between Magistrate and Judge
Last updated on September 7, 2017 by Surbhi S

judge vs magistrateJudiciary is the organ of the constitution that tends to protect the interest of the citizens. It is the final authority that interprets legal cases and constitutional arrangements. It plays an important role in the enforcement of law and adjudicating upon disputes between citizens, states and other parties. The courts maintain the rule of law in the nation to safeguard the rights. The judges head Courts, i.e. Supreme Court, High Court and other subordinate courts.

Judges are not exactly same as Magistrates, whose powers are relatively less than a Judge. The jurisdiction of a magistrate is generally a district or a town. In this article excerpt, you can find the difference between magistrate and judge.

Definition of Magistrate
Magistrate means a minor judicial officer, who administers the law in a particular area, i.e. district or town. He/She is someone who hears the civil or criminal cases and passes judgement. The types of magistrate are:

First Class Judicial Magistrate are allowed to pass a sentence of imprisonment for a maximum of 3 years or fine up to Rs. 5000 or both. Second Class Judicial Magistrate is known as the court of lowest level and can pass sentence for maximum of 1 year or fine up to Rs. 5000 or both.
Chief Judicial Magistrate: A first class judicial magistrate is appointed as the chief judicial magistrate by the high court in every district. The chief judicial magistrate is subordinate to and controlled by session judge. They have the power to impose any fine or sentence of imprisonment, not more than seven years.
Metropolitan Magistrate: The towns with population more than one million are considered as metropolitan areas and magistrate appointed for such areas are called Metropolitan Magistrate. The Metropolitan magistrate report to session judge and is subordinate to the chief metropolitan magistrate.
Executive Magistrate: As per the discretion of the State Government executive magistrates are appointed in a district. Of these executive magistrates, one is appointed as District Magistrate and one as Additional District Magistrate.
Definition of Judge
The general meaning of a judge is the one who makes a judgement. In law, a judge is described as a judicial officer who administers court proceedings and is elected to hear and give a judgement on the legal cases considering various facts and details of the case. Depending on the jurisdiction, the power, functions and appointment method of the judges vary.

A judge rules, either alone or with a panel of judges, based on the questions of law. He/She plays the role of an arbitrator between the contesting parties and pronounces judgement in the trial after taking into account the witnesses, facts and evidence presented by the prosecution and defence lawyers and arguments of the case.

A judge can be described as a person who arbitrates, i.e. the one who gives the verdict on someone or a case in the court of law. On the contrary, a magistrate is a regional judicial officer who is elected by the judges of the high court of the concerned state to maintain law and order in a particular area or region.
A magistrate pass on judgement on small and minor cases. Indeed, a magistrate gives the preliminary verdict in criminal cases. As against this, the judge looks after serious and complex cases, in which knowledge of the law and personal judgement capability is highly required.
The jurisdiction covered by a magistrate is comparatively smaller than the jurisdiction of a judge.
The judicial magistrate and chief judicial magistrate are appointed by high court while Governor appoints District Magistrate. Conversely, President appoints the judge of the Supreme Court while high court judges are appointed by President in consultation with the chief justice of India and Governor of the particular state.
The magistrate may or may not possess legal qualification, whereas a judge so appointed must possess legal qualifications, as well as he/she must be a practising lawyer in the court of law.
The magistrate has the power to give the sentence of imprisonment for a particular term and fine. Unlike judges have the power to pass sentence of life imprisonment and even death in serious offences.

This is exactly why Garland didn’t ‘make the grade” to be  on the Supreme Court because this shows what a rotten person he is.  Is he made up of Nazi material?

Independent Voter site Balladeer’s Blog comes to you from the corporate fascist kleptocracy run by the illegitimate Joe Biden, who sics his thuggish, jack-booted FBI (Fuhrer Biden’s Intimidators) on the Regime’s political opposition. Here are some of the latest dispatches following this week’s Banana Republic raid on Mar-A-Lago.

(By the way, one of the reasons I used to be a Democrat was because they USED TO outspokenly criticize the never-ending abuses perpetrated by the fascists at the FBI and CIA. In recent years Democrats decided that if FBI and CIA thuggery helps their party then they’re fine with it.) 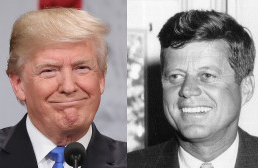 TRUMP-BACKED CANDIDATES WIN BIG IN THE PRIMARIES FOLLOWING THE FASCIST RAID ON POPULIST LEADER DONALD TRUMP’S HOME. Voters know Gestapo tactics from the Biden Regime when they see them.

Enjoys sports and all kinds of music, especially dance music. Playing the keyboard and piano are favorites. Family and friends are very important.
View all posts by kommonsentsjane →
This entry was posted in Uncategorized and tagged Kommonsentsjane - Biden regime continues its warfare on the rest of us.. Bookmark the permalink.