KOMMONSENTSJANE – America’s Carrying Capacity: Or, How Many Third World Invaders Can We Afford? – News With Views

Posted on January 8, 2022 by kommonsentsjane

Do the politicians really care and follow the Constitution where foreigners have rules – NO – we have to have term limits whereby these politicians have to leave and make a living on the streets like the regular folks and not use a career in the government getting rich. And, we have to stop treating these politicians as our WAR LORDS. Or, have we become their servants. The Democrat/Communists think they own the people’s vote and they do when they cheat.   Are THEY PIMPING FOR US by bringing all of these foreigners who have no name or background? 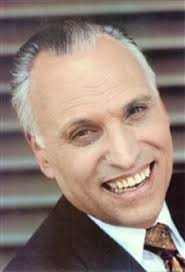 Illegal aliens, “legal” aliens, and refugees increasingly stream into the US as part of a vast global swarming of third-worlders into Western nations aided and abetted by the powers-that-shouldn’t be. Immune to charges of “white privilege,”because few if any are white, they are tempted to come because they see successful essentially white countries will coddle and support them once they arrive. Many of their relatives have already battened upon the nation’s body like hordes of leaches sending scads of money to their families at home and, of course, money talks. This money sent by “immigrants” to the third world only intensifies the desire to immigrate to Anglo land and the chain migration of near and not-so-near relatives makes that desire possible.

Thus, it is relatively simple to round up caravans of invaders to make the trek north, especially when George Soros is providing cushy bus…

Enjoys sports and all kinds of music, especially dance music. Playing the keyboard and piano are favorites. Family and friends are very important.
View all posts by kommonsentsjane →
This entry was posted in Uncategorized and tagged Kommonsentsjane - America's carrying capacity - OR - How many third world invaders can we afford?. Bookmark the permalink.