KOMMONSENTSJANE – Afghanistan: So What Do the Filthy Commie Peaceniks Say Now?

Posted on August 20, 2021 by kommonsentsjane 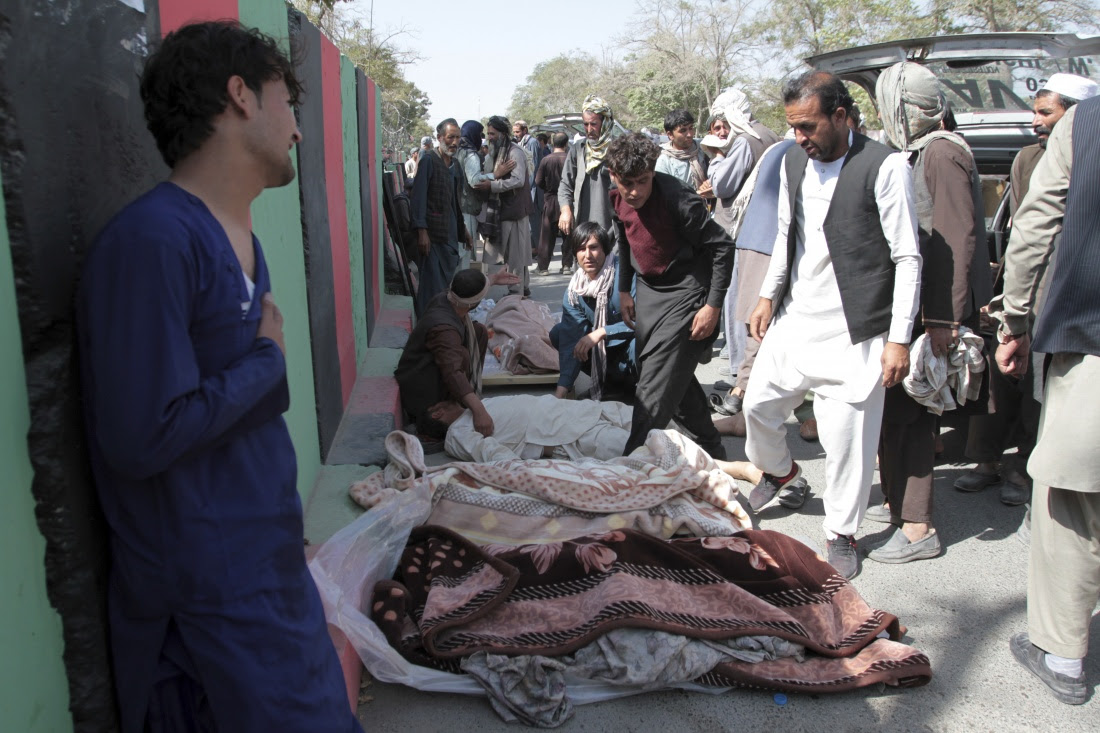 Afghan villagers stand over bodies of civilians during a protest in the city of Ghazni, west of Kabul, Afghanistan, Sept. 29, 2019. An airstrike by U.S.-led forces in eastern Afghanistan killed at least five civilians. (AP Photo/Rahmatullah Nikzad)

What do the stupid peace lovers say now?

Well, here’s what this one says:

On September 11, 2001, I said, “Well, that proves all the weapons and wars are useless or counterproductive. Prosecute crimes as crimes, and start disarming.”

When they didn’t end it, I…

Enjoys sports and all kinds of music, especially dance music. Playing the keyboard and piano are favorites. Family and friends are very important.
View all posts by kommonsentsjane →
This entry was posted in Uncategorized and tagged KOMMONSENTSJANE - Afghanistan: So What Do the Filthy Commie Peaceniks Say Now?. Bookmark the permalink.