Posted on September 6, 2020 by kommonsentsjane

Americans know who the true enemy is and that is any person who supports the radical left communist Democratic Party. This has been in the making for many years.

It seems strange that people refer to President Trump as an authoritarian. With the Democrats constantly interfering with his governing by not using the Constitution and the Democrats ruling with sharia law/Islam – he has had to use executive orders to move the government needle. So they call him names to succeed in their crimes.

The fact that he had succeeded in pushing the country forward with its economy – the Democrats knew they had to go to the next step and  the Obama/Soros/Democrats/Pelosi/Schumer attacked us with the coronavirus in collusion with China and its Wuhan laboratory.

When will the Republicans fight back against these crimes committed against the citizens of the U.S. and push AG Barr?

What is the world’s response going to be against Soros/Microsoft/China/Democrats in this coronavirus crime?  Do nothing?

What exactly does “eye for an eye” mean?

An Eye for an Eye Meaning Definition: If someone wrongs or hurts another person, that person should be punished by having the same thing done to him or her. The idiom an eye for an eye is used to express that the punishment for a criminal or wrongdoer should be the same as the crime or misdeed.

The U.S. Democrats have been a part of a crime (Covid-19) against the World and the U.S. by being a part of an attack on the world and have to be punished.  They have killed a lot of people.

Where is the World Court in Belgium not speaking out and where is the United Nations.  Were they both a part of this crime against the people? 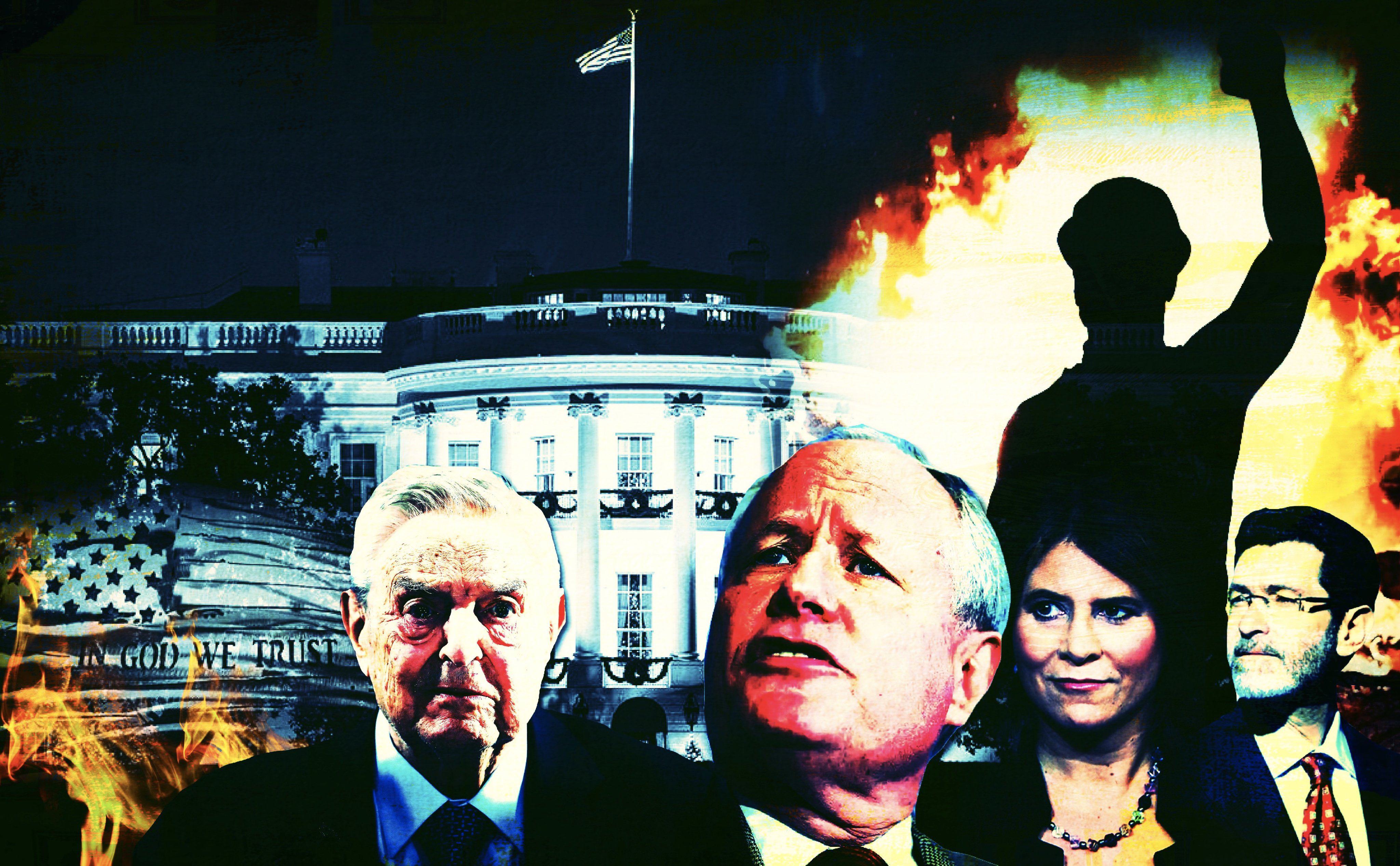 In our previous report on Never Trump State Department official George Kent, Revolver News drew attention to the ominous similarities between the strategies and tactics the United States government employs in so-called “Color Revolutions” and the coordinated efforts of government bureaucrats, NGOs, and the media to oust President Trump.

This follow-up report will focus specifically on how the “contested election scenario” we are hearing so much about plays into the Color Revolution framework — indeed, sowing doubt about the democratic legitimacy of the target and coupling it with calls for massive “mostly peaceful” demonstrations comes straight out of the Color Revolution playbook. And this is precisely the messaging we’ve seen from by those same key players in media, government, and the Democrat Party machine, most prominently from a shadowy George Soros-linked group known as the Transition Integrity Project — more about them soon.

Enjoys sports and all kinds of music, especially dance music. Playing the keyboard and piano are favorites. Family and friends are very important.
View all posts by kommonsentsjane →
This entry was posted in Uncategorized and tagged Transition Integrity Project: Is this Soros Linked Group Plotting a “Color Revolution” Against President Trump?. Bookmark the permalink.