Posted on August 22, 2020 by kommonsentsjane

For your information. Not good news. 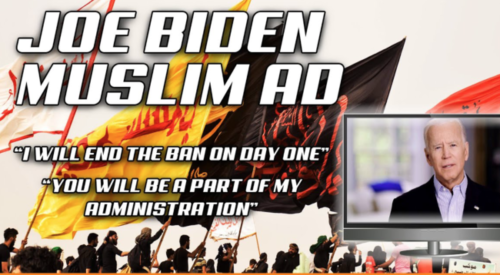 In a speech to American Muslim voters, Joe Biden publicly promised that he would “overturn” President Trump’s Muslim Ban on the very first day of his presidency.

“I will end the Muslim Ban on Day one.” Biden boastfully said at the Million Muslim Voters Summit, an online event hosted by the American Muslim political group Emgage Action.

The ban initially “restricted” travel from Iran, Libya, Syria, Yemen, Somalia, Chad, Venezuela and North Korea. Chad was later removed from the list. The United States Supreme Court’s majority argued that the policy was not a Muslim ban, citing the inclusion of North Korea and Venezuela and the administration’s process of granting exemptions.