“There’s not evidence that they were actually exfiltrated,”

Authored by Ivan Pentchoukov via The Epoch Times,

The cybersecurity firm that investigated and remediated the alleged hack of the Democratic National Committee’s servers in 2016 found no direct evidence that hackers stole any data oremails, according to a newly declassified interview transcript. 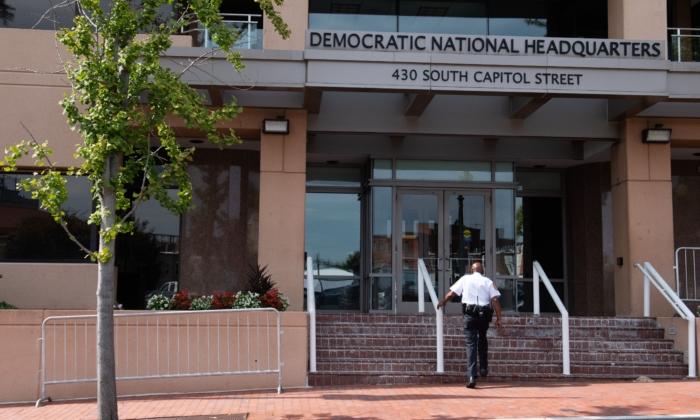 Shawn Henry, the president ofCrowdStrikeServices, told the House Intelligence Committee in late 2017 that his firm had no evidence that the alleged Russian hackers stole any data from the Democratic National Committee (DNC) servers.

“There’s not evidence that they were actually exfiltrated,”Henry said.

“There’s circumstantial evidence, but no evidence that they were actually exfiltrated.”

The publication by WikiLeaks of more than 44,000 emails from senior DNC officials became one of the biggest stories of the turbulent 2016 presidential race and served as the predicate for the FBI’s investigation of the Trump campaign. Special counsel…

Enjoys sports and all kinds of music, especially dance music. Playing the keyboard and piano are favorites. Family and friends are very important.
View all posts by kommonsentsjane →
This entry was posted in Uncategorized and tagged Kommonsentsjane - CrowdStrike had no evidence of Russians stealing emails from DNC - Declassified transcript shows - Zero Hedge.. Bookmark the permalink.