These people have to be prosecuted, indicated, and whatever else is called for. This is treason and earlier years people were hung for their crimes. Obama was the ring leader – plain and simple. Can you imagine these people following Obama in this crime?

Why is former President Obama calling forth all his defensive resources now?Why did former national security advisor Susan Rice write her CYA letter? Why have republicans in congress not been willing to investigate the true origins of political surveillance? What is the reason for so much anger, desperation and opposition from a variety of interests?

In a single word in a single tweet tonight, President Trump explained it perfectly – with help from Fox News’ Tucker Carlson’s detailed breakdown”“OBAMAGATE!”…

As around 2:15 in the clip above, Carlson explains thatthen president of the United States Barack Obama turned to the head of the FBI – the most powerful law enforcement official in America, and said “Continue to secretly investigate my chief political rival so I can act against him.” 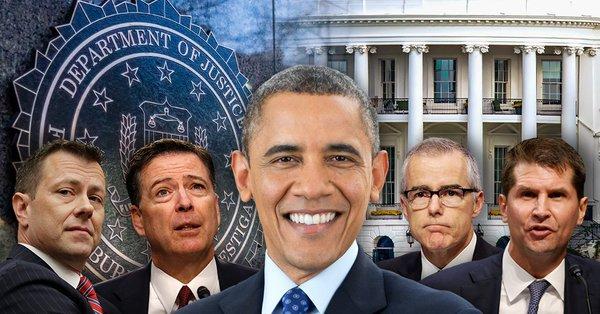 Having watched that clip in…