KOMMONSENTSJANE – THE QUESTION? WILL PELOSI DOUBLE- CROSS HER REQUEST?

First –  Pelosi Calls On Religious Leaders To Declare Holy War On Trump and when that didn’t work – she called the Prez and asked him to delay the raid:

TV proved what Pelosi is.  After the Prez stopped the raid on illegals and gave them two weeks to shore up the immigration laws –  she immediately started spouting words of insanity against the Prez.  The Prez tested the Pelosi waters and:

“Hell hath no fury, like a woman scorned.”  There is nothing on earth more dangerous or more vengeful than a woman who wants her way.

Now we know the rest of the Democrats and the the Pelosi story.  We will see how serious Pelosi and her minions are about solving the border crisis and shoring up the immigration laws.

Will Pelosi end up with the “Prez Trump Red A$$, again? 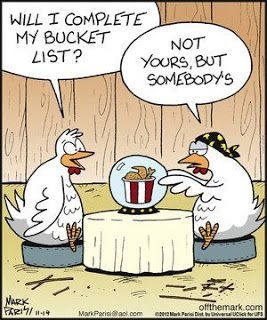 President Donald Trump announced this weekend that he would delay the deportation raids for two weeks in deference to the Democrats.

He made the announcement on Saturday, the day before the raids were set to take place, to the chagrin of many Republicans.

“At the request of Democrats, I have delayed the Illegal Immigration Removal Process (Deportation) for two weeks to see if the Democrats and Republicans can get together and work out a solution to the Asylum and Loophole problems at the Southern Border,” he said. “If not, Deportations start!”

If he thought that the delay would get him some good will with Democrats he was mistaken as Speaker Rep. Nancy Pelosi asked for more.

To the layman that could appear to be a reasonable request, but to anyone who knows what she means you get that she just raised the stakes.

Comprehensive immigration reform is Democrat speak for amnesty for millions of undocumented immigrants present in the United States.

And comprehensive immigration reform has been being worked on for more than a decade in Congress with no headway made.

Now everyone is supposed to believe that somehow, some way, they are going to get it done in two weeks’ time?

The likely scenario is that the president is giving Democrats enough rope to hang themselves as, after they cannot do anything in Congress, he could say he gave them a shot.

And Pelosi is now spiking the football in victory, and make no mistake she sees this as a victory, as she is the one who called the president to ask for the delay

It is a dangerous and risky move politically as the only thing Democrats are going to do is continue to ask for more time and more delays.

Giving in to those requests again could start to separate the president from his base and cause issues for him in the 2020 election.

(I don’t think so.  The Prez wanted to test Pelosi to see how serious the Dem’s are to stop this crisis at the border by doing their job.  We shall see.)

Facebook has greatly reduced the distribution of our stories in our readers’ newsfeeds and is instead promoting mainstream media sources. When you share to your friends, however, you greatly help distribute our content. Please take a moment and consider sharing this article with your friends and family. Thank you.

Enjoys sports and all kinds of music, especially dance music. Playing the keyboard and piano are favorites. Family and friends are very important.
View all posts by kommonsentsjane →
This entry was posted in Uncategorized and tagged Kommonsentsjane - The Question? Will Pelosi double-cross her request?. Bookmark the permalink.