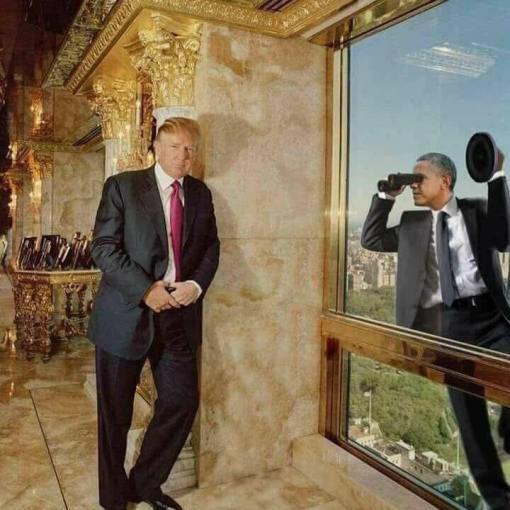 A lot of people who voted for Barack Obama expected and were led to expect something new in politics: a new tone of political discourse in Washington. And I think – I think they’re disappointed, because Barack Obama is not a new kind of politician. In fact, he’s an old Chicago politician. – Bernard Goldberg

One day after formally launching his 2020 presidential bid, President Trump told Fox News’ “Hannity” exclusively on Wednesday that investigators are working to determine whether his personal phone calls were secretly monitored by U.S. intelligence agencies during the 2016 campaign — a possibility he called “the ultimate.”

Trump also hammered House Democrats for putting his former top communication advisor Hope Hicks “through hell,” after pictures of Hicks testifying before a closed-door session on Capitol Hill earlier in the day leaked on social media.

Hicks is the Executive Vice President and Chief Communications…

Enjoys sports and all kinds of music, especially dance music. Playing the keyboard and piano are favorites. Family and friends are very important.
View all posts by kommonsentsjane →
This entry was posted in Uncategorized and tagged Kommonsentsjane - Trump tells Hannity DOJ investigating intelligence agencies monitoring his personal phone calls during 2016 campaign.. Bookmark the permalink.