If the fire fighters are backing OLD JOE – maybe we should trust but verify our fight fighters in the country the next time they call for a donation?

Why would anyone vote for any of these socialists people in the Democratic Party?

Do fire fighters realize –  Joe Biden did not stand up for the people when he helped Obama try to take over our country.  And, the fire fighters union pulling Biden’s dirty wagon?

When will these fire fighters wake up and get smart and realize “old Joe” doesn’t care about their welfare – he only wants to use their dues to give to the Democratic Socialist Party and their vote.   Don’t fire fighters know how to fight the real fire in the U.S. which Obama started which is called “identity politics”  and Old Joe just wants to continue dividing the country?

The bulk of the people running are not eligible because they were part of the government who tried to over throw the government and are guilty of crimes. When is Mr. RICO going to be brought into the mix? When will someone ask that question on the trail?

Will they fight the ‘RICO” fire that the democrats are a part of?

The fire fighters are picking the wrong horse in this race.  They need to do more vetting – and trust but verify every Democrat person running for office.

It is our whole country that is at stake and  is not “steak” that these Dem’s are running against.  I think these fire fighters know the difference between the two. 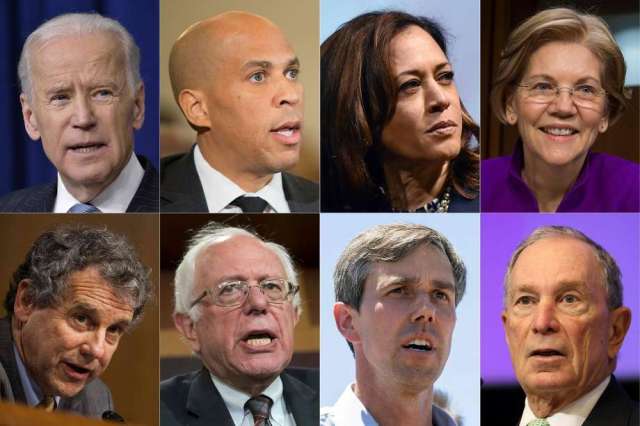 Back in February of 2007, Vermont Senator Joe Biden described his future boss, contender for the Democrat Presidential Nomination, Barack Hussein Obama, in the following manner…

I mean, you got the first mainstream African-American who is articulate and bright and clean and a nice-looking guy,” Biden said. “I mean, that’s a storybook, man.”

And now, “Sleepy Joe” is running for President.

Democrats seeking to reclaim the White House are calling for generational change. It may be time for a woman, they say, or a minority figure.

But for all the talk of breaking new presidential ground, the opposition party’s top candidates to become the new boss look about the same as the current boss: white, male and pretty old.

President Donald Trump is a 72-year-old billionaire, and for many he epitomizes the white male privilege that Democrats often decry.

But the top two candidates leading the race…

Enjoys sports and all kinds of music, especially dance music. Playing the keyboard and piano are favorites. Family and friends are very important.
View all posts by kommonsentsjane →
This entry was posted in Uncategorized and tagged Kommonsentsjane - "The party of diversity" has two old white men leading all of their primary candidates - irony is embarrassed.. Bookmark the permalink.