Posted on October 9, 2018 by kommonsentsjane

The down and dirty left have now become the righteous left with Hillary’s indignation.

Hillary needs to shovel out her own out house first and get rid of her pigs. 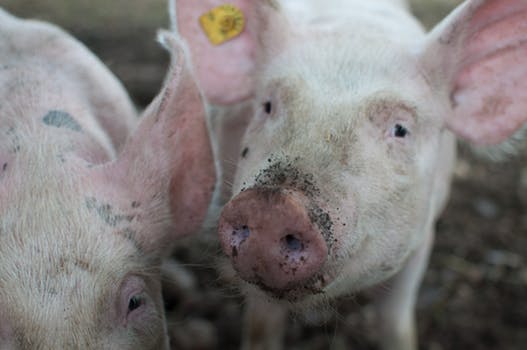 Why aren’t Hillary and any of these protesters going after Ellison? Why? Why aren’t any of the democrats in Congress going after him – where there is actual proof of his assault? Is it because Ellison is a democrat? And why aren’t there ever any “swing” democrat Supreme Court justices like Kagan and Sotomayor – why do they always have to be Republican?

Donald Trump: Trump apologizes to Kavanaugh ‘on behalf of our nation’

U.S. Supreme Court Associate Justice Brett Kavanaugh participates in his ceremonial public swearing-in as he is watched by daughters Liza and Margaret and U.S. President Donald Trump in the East Room of the White House in Washington, U.S. October 8, 2018.

After a bitter fight, Justice Kavanaugh to take the bench.

“What was done last night in the White House was a political rally. It further undermined the image and integrity of the court,” Clinton, Trump’s Democratic 2016 election opponent, told CNN’s Christiane Amanpour in an exclusive interview.

“And that troubles me greatly. It saddens me. Because our judicial system has been viewed as one of the main pillars of our constitutional government. So I don’t know how people are going to react to it. I think, given our divides, it will pretty much fall predictably between those who are for and those who are against,” Clinton said.

“But the President’s been true to form,” she continued. “He has insulted, attacked, demeaned women throughout the campaign — really for many years leading up to the campaign. And he’s continued to do that inside the White House.”

(Wicked Hillary still juggling those balls in the air; but,she can’t seem to clean up Bill’s past which he has not paid for. Bill keeps winning the prize for using women and Hillary keeps honing in on our Prez and keeps trying to switch the women prize to the Prez. What about Bill raping Juanita Broaddrick and how the Dem’s and Hillary turned her away?)

When Trump hosted Kavanaugh and his family at a ceremonial swearing-in at the White House on Monday night, he apologized “on behalf of our nation” to the newly minted justice for the difficult confirmation process.

“On behalf of our nation, I want to apologize to Brett and the entire Kavanaugh family for the terrible pain and suffering you have been forced to endure,” Trump said. “Those who step forward to serve our country deserve a fair and dignified evaluation. Not a campaign of political and personal destruction based on lies and deception. What happened to the Kavanaugh family violates every notion of fairness, decency and due process.”

(The Dem’s don’t use the Constitution but rather lawless Sharia law in their decisions; therefore, the Prez must call them out for failing to honor their oath to the people of the U.S. that Kavanaugh was “innocent until proven guilty. Kavanaugh was thrown to the democrat wolves’ lawlessness during his hearing not the Constitution.

Hillary keeps on talking – but no one is listening.

Enjoys sports and all kinds of music, especially dance music. Playing the keyboard and piano are favorites. Family and friends are very important.
View all posts by kommonsentsjane →
This entry was posted in Uncategorized and tagged Kommonsentsjane - Hillary Clinton demeaning the very women who Bill attacked.. Bookmark the permalink.