Posted on October 1, 2018 by kommonsentsjane 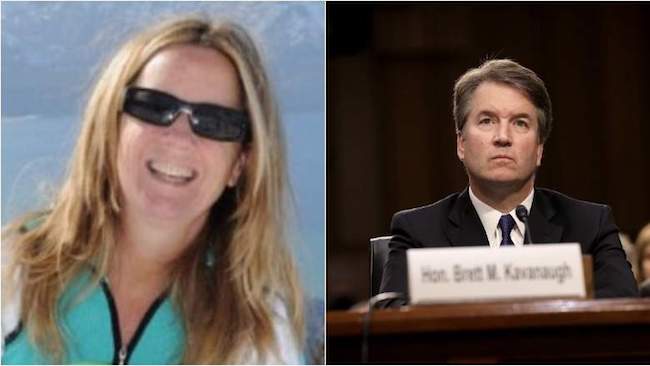 (The Olive) The Brett Kavanaugh circus is a trial in search of a crime, sound familiar?  The Mueller witch-hunt, hoax, whatever you want to call it is an attempt by Deep State players to discredit and bring down Trump – all based on unverified and false information.  In the same manner, the Leftist attack mob is determined to stop Brett Kavanaugh from being appointed to the Supreme Court, no matter what it takes.

All claims of sexual misconduct of course need to be taken seriously.  At the same time however, there needs to be clear evidence that a crime occurred – there is not a shred of credible evidence at this point.

The accuser, Christine Blasey Ford has done a spectacular job of making herself look bad, and has serious credibility issues.  Ford cannot remember the year the…

Enjoys sports and all kinds of music, especially dance music. Playing the keyboard and piano are favorites. Family and friends are very important.
View all posts by kommonsentsjane →
This entry was posted in Uncategorized and tagged Kommonsentsjane - Revealed! The Democrat power play is in serious trouble - Christine Blasey Ford has overwhelming credibility issues.. Bookmark the permalink.