Following Project Veritas’ explosive report on a CNN producer admitting the narrative around Trump collusion with Russia was all “bullsh**,” the media watchdog organization has released more footage further discrediting the network.

Van Jones, famous for his role as an Obama Administration czar, was caught on camera admitting what most Americans already know: The media’s focus on Trump-Russia connections is done solely for ratings. Watch:

“The Russia thing is just a big nothing burger,” Jones says on the video, apparently unaware he is being filmed. “There’s nothing there you can do.”

The comments caught on tape aren’t terribly inconsistent with what Jones has said in the past. While Jones has criticized Trump’s lukewarm responses to Russian election interference, he has also gone after the Democrats for using Russia as an excuse for their 2016 failure.

Well, there you have it, right from the horse’s mouth. Van Jones admits that CNN is deliberately pushing a non-story for ratings. For shame! 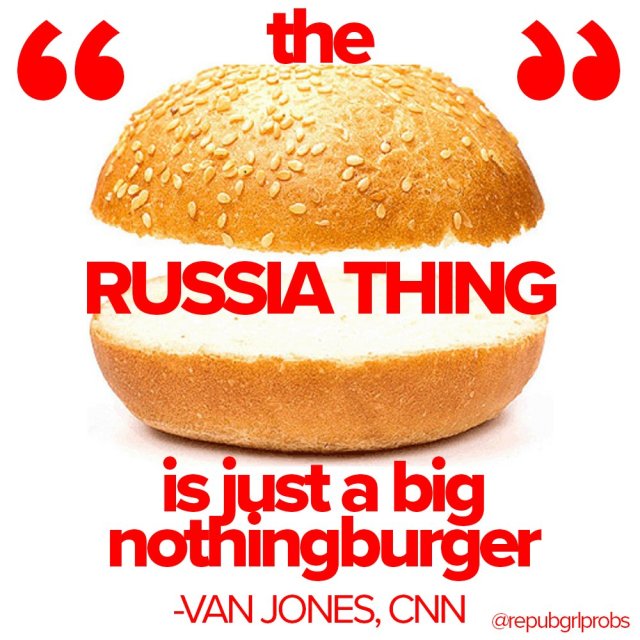 Enjoys sports and all kinds of music, especially dance music. Playing the keyboard and piano are favorites. Family and friends are very important.
View all posts by kommonsentsjane →
This entry was posted in Uncategorized and tagged Kommonsentsjane - CNN commentator admits Trump-Russia investigation is a "nothing burger.". Bookmark the permalink.