Posted on January 20, 2016 by kommonsentsjane

Some emails on Clinton’s server were beyond top secret. 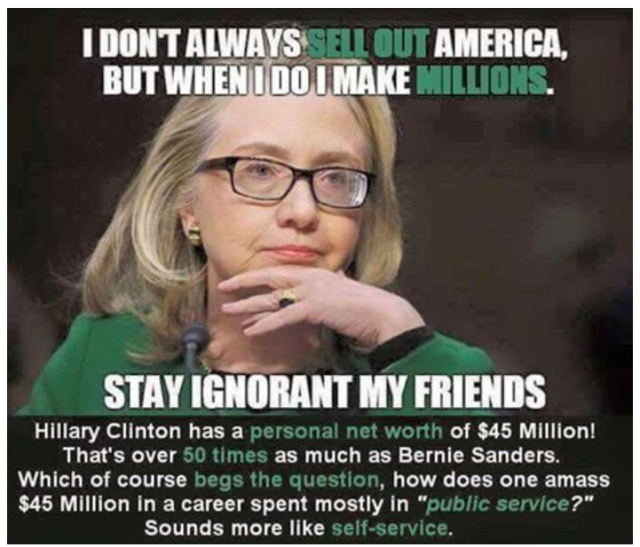 WASHINGTON — Some of the classified emails found on former Secretary of State Hillary Clinton’s home server were more sensitive than top secret, according to an inspector general for the intelligence community.

Inspector General Charles I. McCullough sent a letter to lawmakers last Friday saying that several dozen additional classified emails have been found, including ones containing information from so-called “special access programs,” which have a classification higher than top secret.

Continuing to skirt the law – why?