Posted on November 3, 2015 by kommonsentsjane 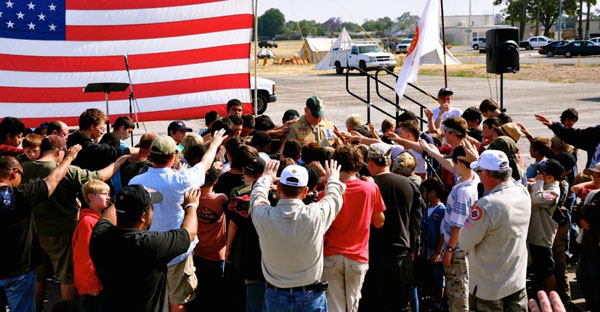 After Being Fired for Religious Views on Sexuality, Navy Chaplain Gets His Job Back

A military chaplain who was fired from his job after being accused of misconduct was cleared of any wrongdoing, reinstated to the Navy, and now accepted to serve at the San Diego naval base.

“I’m glad the Navy had my back,” Lt. Cmdr. Wesley Modder told The Daily Signal in an interview Monday.

Modder is a decorated chaplain who served at the Base Chapel Naval Weapons Station at Joint Base in South Carolina. He was removed from his unit after several of his fellow service members in the Navy complained about his views on homosexuality and sexual relationships outside marriage.

Among the allegations, the Navy wrote in a Feb. 17 “Detachment for Cause” letter that Modder told students “homosexuality was wrong,” insinuated that he had the ability “to ‘save’ gay people,” and “berated a pregnant student for becoming pregnant while not married.”
They also alleged that Modder had “failed to show tolerance” and that on multiple occasions, “he discriminated against students who were of different faiths and backgrounds.”

On Sept. 3, a high-ranking Navy personnel commander rejected the request for detachment for cause, citing limited evidence.

“I have found the evidence of substandard performance in this case does not meet the standard of gross negligence or complete disregard of duty under reference,” Rear Adm. David Steindl, the head of Navy Personnel Command and deputy chief of Naval Personnel, wrote in a letter to Modder’s commanding officer. “Modder will not be detached for cause.”

While he’s grateful for the outcome, Lt. Cmdr. Wesley Modder says he feels the days of what he calls “comfortable Christianity” are over.

“The days of going to Church on Sunday and going throughout the week and not ever having anyone talk to you, I think, [are] gone,” Modder said. “We live in a very secular society, very postmodern. And people want to know what you believe. Even at the risk of being maybe attacked.”

The officer also informed Modder that the matter would be cleared from his official personnel record. Since then, Modder accepted an order to serve at Naval Base San Diego.

“It’s nice to have retirement, and it would be nice just to leave, but until—and not to over-spiritualize this—but until the Lord releases me, I need to be obedient to the calling that I have on my life to be a Navy chaplain.”

Thank God someone down the chain of command had some common sense.