Posted on September 1, 2015 by kommonsentsjane

This is the same leader who continues to try to revise history in the USA!  He can use his pen and phone but I would bet the minute he finishes his term all of these executive orders will be reversed.  Obama can call it whatever he wants but I will continue calling it Mt. McKinley.

John Kasich on Twitter: “As POTUS once again oversteps his bounds, Ohio knows every carnation is a monument to our own William McKinley. -John “

As POTUS once again oversteps his bounds, Ohio knows every carnation is a monument to our own William McKinley. -John 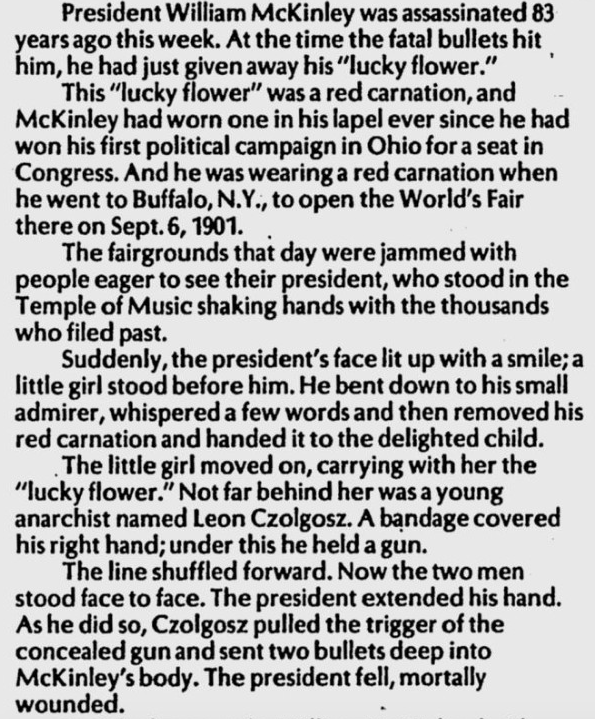 President Barack Obama is taking action to end a debate over nomenclature that has raged for years — and Republicans are not happy about it.

On Sunday, Obama announced that Mount McKinley, the tallest peak in North America, named after President William McKinley, would officially be renamed Denali. That’s the name historically given to the mountain by native Alaskan tribes.

After the president’s announcement, several high-profile Republican members of Congress — and a presidential candidate — from McKinley’s native Ohio immediately denounced the decision.

“There is a reason President McKinley’s name has served atop the highest peak in North America for more than 100 years, and that is because it is a testament to his great legacy,” House Speaker John Boehner (R-Ohio) said in a statement, citing the 25th president’s record as a Civil War veteran.

“I’m deeply disappointed in this decision.”

Sen. Rob Portman (R-Ohio), meanwhile, said Obama had circumvented Congress, where the topic has been discussed for years.

“This decision by the administration is yet another example of the president going around Congress,” Portman said in a statement. “I now urge the administration to work with me to find alternative ways to preserve McKinley’s legacy somewhere else in the national park that once bore his name.

Rep. Bob Gibbs (R-Ohio), a longtime proponent of the name, went a step further, accusing Obama of violating the US Constitution.

“President Obama has decided to ignore an act of Congress in renaming Mount McKinley in order to promote his job-killing war on energy,” Gibbs said. “This political stunt is insulting to all Ohioans.”

Debate over the mountain’s name has proliferated for years.

According to the Los Angeles Times, Gibbs and other Ohio members of Congress have repeatedly introduced legislation to ensure that the mountain retain the McKinley name. And Ohio lawmakers earlier this year blocked legislation introduced by Sen. Lisa Murkowski (R-Alaska) to officially rename the mountain.

For its part, the White House argued that the name change was important to honor the site as one of cultural significance for native Alaskan tribes.

“McKinley became our 25th president, and was tragically assassinated just six months into his second term,” the White House said in a fact sheet.

“But he never set foot in Alaska — and for centuries, the mountain that rises some 20,000 feet above sea level, the tallest on the North American continent, had been known by another name — Denali. Generally believed to be central to the Athabascan creation story, Denali is a site of significant cultural importance to many Alaska Natives. The name ‘Denali’ has been used for many years and is widely used across the state today.”

Obama’s move comes as he travels to Alaska to raise awareness of the damaging effects of climate change. The state has been hit particularly hard, as an increasing number of wildfires burn thousands of acres each year and rising sea levels threaten to engulf entire villages.  (Obama’s climate change is just another hoax to scam the people  and the biggest hoax  yet funded by the people’s money.)

Obama is responsible for all of the failure and damaging effects of climate change in this country due to his lack of leadership and policies.  He is the most do nothing leader  who has ever served in the role of the leader of the free world.  He and his party are taking us to a place in history which the people should never allow and he should be impeached and why hasn’t that happened.