Posted on August 27, 2015 by kommonsentsjane

A reblog:  Hmmm!  Being a woman makes me wonder? 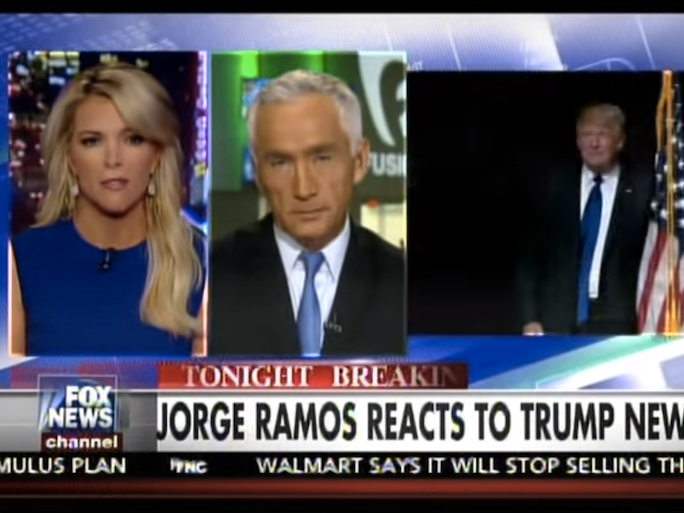 The mainstream media continues to do what they seem to only do best, making the news rather than reporting the news.  They’re great about reporting news they create!

Jorge Ramos was at  Trump news conference to create a scene, one that would get attention.   Ramos wanted to try to embarrass Trump…..rip his immigration plan and further extend contempt among Latinos.   That is not what a reporter is to do, excuse me should do.   Ask the questions, but follow the rules, don’t interrupt.   Instead he interrupted, placed himself center stage, and directed statements, not questions.

“The views and opinions expressed in this program/and or commentary do  not necessarily reflect the official policy or position of this network/news station.”     BULL!   Yes it does more so than not, are it would not get aired.