Posted on August 6, 2015 by kommonsentsjane

Have  you ever thought about what was one of the most important lessons that you learned as a child from something you experienced.  A friend of mine related this story while playing on a little league softball team.  As the story goes – he went to every practice, had the nice new team shirt, cap, and new tennis shoes, and he thought he had a good understanding of the rules of the game.

At one of the games, he got up to bat, so confident that he was ready and in control and on the second throw of the ball, he hit it to the outfield.  He ran like the wind, first base, second base, third base, and, finally, he was safe at home just as the ball was thrown to the catcher.  “OUT” the umpire shouted. 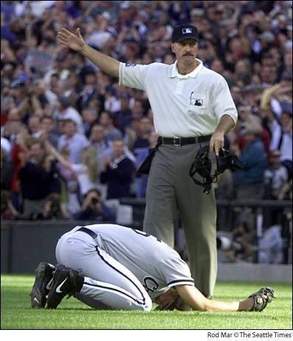 There was no way he could be out – He knew he was safe.  How could he not be safe?  He did everything by the rules or so he thought.  The umpire informed him that even though he had done everything else right, he failed to touch first plate when he rounded the field.  Without touching first base,  nothing else counted.  All that hard work was for nothing?

He thought about how many of us think we are Christians.  We attend church every Sunday, we sometimes read our Bible, we might even pray every now and then, but somehow we have never touched first base.  We must ask Jesus for forgiveness of our sins, accept His great sacrifice of dying on the cross to pay the debt of our sins, and ask him to come into our hearts and lives as our Lord and Savior.

That is the basis for being a disciple of Jesus.  John 14:6 says, “Jesus told him, “I am the way, the truth, and the life.  No one can come to the Father except through me.”  John 3:16 reads, “For God so loved the world that he gave his one and only Son, that whoever believes in him shall not perish but have eternal life.”

So, don’t reach home plate and find out you are “out” because you never touched first base!

Enjoys sports and all kinds of music, especially dance music. Playing the keyboard and piano are favorites. Family and friends are very important.
View all posts by kommonsentsjane →
This entry was posted in Kommonsentsjane - A Baseball Experience and tagged Kommonsentsjane - Experience is the Best Teacher. Bookmark the permalink.