It seems the Washington Post is up to the “old politics as usual” in this “summer of their political discontent” of the main street media trying to race to the bottom of politics and seem to be very successful by continuing to dump on Trump.  The news media should be aware that the voters in America have found out who the liars are as shown in the following Democratic line-up, plus the Obama administration which includes the Democratic Progressive and Muslim Party, and finally the Elite Republicans (RINO’s): 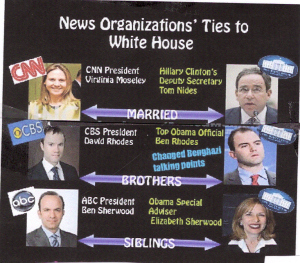 So the media dumps on Trump again by stating – “Trump attacks again, with Scott Walker as his latest target. ”  Yes, that is true; but, Walker has to understand that when you trash – you will get a response in kind.  The Walker political tribe seems to have sent out an email, plus Walker,  himself,  calling Trump – DUMB, DUMB!  In the first place, wasn’t the Walker political tribe aware – that you do not use those two words on the internet or in conversation because you will immediately be sought out by Homeland Security – those two words immediately set you out for a security check by NSA.  If used, those two words mean “BULLETS.”  Come on Walker, you seem to be a fair and honest guy – use your skills in the debates not on childish piety-patter!

Then he revealed to a South Carolina crowd the personal phone number of Sen. Lindsey O. Graham (S.C.), one of his rivals for the Republican presidential nomination. (Yes, but Graham struck the first blow against Trump trying to protect McCain – both are Elite Republicans who are lieing to the American people.)

“Finally, I can attack!” Trump said at a packed rally at Oskaloosa High School. “Wisconsin’s doing terribly. It’s in turmoil. The roads are a disaster because they don’t have any money to rebuild them. They’re borrowing money like crazy. They projected a $1 billion surplus, and it turns out to be a deficit of $2.2 billion. The schools are a disaster. The hospitals and education was a disaster. And he was totally in favor of Common Core!”

The mention of the state-driven education standards — from which Walker, like many Republican governors, has walked away — incited a prolonged boo. That was not enough for Trump, who told a story about Walker giving him a “beautiful plaque” out of gratitude for campaign donations and wondered if “Wisconsin paid for it.”

Republicans’ hopes of banishing Trump from their presidential primary may have wilted in the heat of the Iowa summer. On his first visit to the caucus state since the McCain insult, Trump drew a crowd of 1,300 in a city of 11,463. He cleaned up his remarks about veterans, from the stage and in the crowd. He talked with characteristic gusto about “killing in the polls and” securing a spot in the party’s first sanctioned debate, scheduled for Aug. 6.

“I’m going to be there,” Trump told reporters, “much to the chagrin of many people.”

Trump did all of this at a four-hour spectacle — the Make America Great Again Rally and Family Picnic — that felt like a New York cinematographer’s idea of an “Iowa event.” A campaign bus stood unused until Trump posed in front of his, giving a double thumbs-up before hopping into an SUV. The outdoor barbecue was so large that Trump endorser Tana Goertz — who had been a contestant on Trump’s NBC series, “The Apprentice” — asked the crowd to gorge themselves a little more. “Mr. Trump can’t take all this food home on the plane,” she said.

As they lined up for the speech, conservative Iowans fell into two camps. One group adored Trump’s brio, but wished he hadn’t gotten personal with McCain (R-Ariz.). The larger camp egged Trump on for again refusing to play nice. Although a Washington Post/ABC News poll showed Trump’s ratings slipping after his comments about McCain, the crowd in Oskaloosa saw another reason to trust him. Some Republican voters, who had dutifully turned out for “anti-establishment” candidates and been disappointed, insisted that Trump was just the man to blow up the system.

“The dude’s bad-ass, no question about it,” said Dave Moore, 30, a National Guard veteran and welder. “Republicans keep sending Chihuahua’s to a pit bull fight and being nice, and the only time they’re mean is to each other.”

The McCain spat, Moore said, was an example of that. “People applied that to all soldiers,” he said. “Trump was trying to protect his people.”

That was Trump’s official line. In the seven days since he suggested that merely being “captured” did not make McCain a hero, Trump has alternately denied that he said it, talked up his work for veterans, and said that he was only responding to McCain for calling opponents of immigration reform “crazies.”

Trump deployed all of those arguments here Saturday. One of his warm-up speakers, 20-year Navy SEAL Brad Nagel, insisted that Trump respected veterans, unlike “people who think we’re crazies.” (McCain had not been referring to veterans.) Event staffers who found veterans in the crowd handed them “Veterans for Trump” signs. Late into his 56-minute speech, Trump beckoned to someone offstage, and a woman in a black dress delivered a stack of paper wrapped in a red bow.

This, Trump said, represented one day of “more than 700 letters from veterans, thanking me.” They appreciate his charity, he said, and trust him to reform Veterans Affairs, even though he did not serve.  (McCain is the lead Chairman of the Veteran Affairs.  After the scandal broke – how many people have been fired – has this group been resstructed to better serve these vets – NO!  We owe more to these vets than they are getting.

“I might not have been a great soldier,” Trump said. “I don’t know. Maybe I would, maybe I wouldn’t.”

Trump’s cleanup seemed to do the trick. Tammy Sparks, 54, came to the event because she interpreted the comment as an insult to her father, a prisoner of war during World War II.

“I heard he’d been saying some bad stuff about prisoners of war, and I was so irritated,” Sparks said. “One of the guys in suits explained it to me. And when Mr. Trump saw me again, he said, ‘That was not what I meant.’ ”

Others said there was nothing to apologize for as far as McCain was concerned. “He’s done nothing for veterans, nothing to secure our borders,” said Randy Binns, who wore a hat and pin commemorating his service in the 1991 and 2003 Iraq invasions. “If he was running again, I’d tell him to get out-of-town.”  (Good for the people for waking up to this RINO.)

In Oskaloosa, Trump told his main audience, of 700, about his Thursday visit to the U.S.-Mexico border. He told an overflow audience that President Obama had failed POWs by winning Bowe Bergdahl’s release from the Taliban but not getting Iran to turn over hostages. (Yes, why weren’t our hostages in Iran included in the mix to be released?  The reason why they weren’t because if Iran released these people they would not have any more bargaining chips.)

He also won cheers for telling how he denied credentials to the Des Moines Register, Iowa’s largest newspaper, after its editorial board called on him to quit the race. In a back-and-forth with reporters, with the Register’s team kept outside his event, Trump proved that he was comfortable being playful with the facts.

“I didn’t ban them,” he insisted. “They just couldn’t get credentials.”

The Democratic Party and the Elite Republicans keep lieing to the American people and they have been found out – WE DO NOT NEED ANOTHER POLITICIAN RUNNING the government – we need a businessman who knows how to run a business.  We have had enough of the politicians who think the people’s money is charity to be handed out to them and others like the present and prior administrations have been and are doing at the  present time.

Just check out our infrastructure in towns throughout America and the amount of taxes we are paying and what do we have – we are sinking to a new low because these politicians are trying to make America a third world country with the help of Obama.   Folks, wake up – look at the banking system – look at the whole caboodle.  The amount of taxes these politicians receive each month which is in the trillions of dollars and they still want more.

A good example is BERNIE SANDERS  who wants 90 percent of our money and wants you and me to keep 10 percent of our hard-earned pay. This tells you who the CRAZIES really are – THE DEMOCRATS (Progressives, Muslims, and Elite Republicans because none of them work and are living off the workers in this country).  Just take a look at our politicians who go to Washington and what have they accomplished – not one thing for the American people – just run up a big debit that will be put on the backs of the young people.

It is time we take a stand – we do not want another politician running this country because all they do is fill up their own coffers, vote for the lobbyists and the Chamber of Commerce agendas, and leave the America people – HUNG OUT TO DRY! Just take a good look because they are trying to fool us again in this upcoming election by trying to bamboozle us again.

Enjoys sports and all kinds of music, especially dance music. Playing the keyboard and piano are favorites. Family and friends are very important.
View all posts by kommonsentsjane →
This entry was posted in Kommonsentsjane - MAIN STREET MEDIA and tagged Kommonsentsjane - Hanging America Out to Dry. Bookmark the permalink.