This is way across the line by Spike TV and the PC police.  You invite someone on your program and then censure what they say?

Spike TV to CENSURE Clint Eastwood After He Makes Joke. 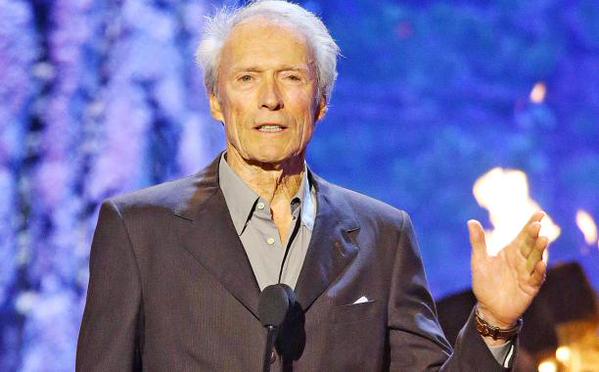 Actor Clint Eastwood caused a bit of public relations snafu with Spike Television this weekend when he made a joke about Caitlyn Jenner on the Guys’ Choice 2015 Awards show or so the liberal media wants you to think.

Eastwood was presenting an award to Dwayne “The Rock” Johnson. He compared the former college football player and professional wrestler to other athletes who have also had ahttp://twitter.com/EW/status/607936610144010240/photo/1cting careers saying, “like Jim Brown and Caitlyn Somebody…”. The joke was apparently considered bad enough to warrant a response and edit from the folks at Spike. The liberal media ‘Thought Police’ didn’t like that very innocuous comment by the great and multi-talented Eastwood. Ridiculous.

It seems only place you can go to listen to freedom of speech now is at a comedy club where the liberal censors are not heeded nor does anyone care about their liberal ‘correct’ opinions. The comics say what they please after all it’s America! David Schwarz, Spike TV senior vice president of communications, said, “We will remove the reference in the version that will air,” confirming that the quote did happen.

Let us also remember, the Guys’ Choice Awards bills itself as an “unfiltered, unpredictable” awards show, and now they want to censure Eastwood?

Since when did anyone make Spike Lee and David Schwarz the keepers of free speech? These two  liberals and racists continue to forget we are in America.

Enjoys sports and all kinds of music, especially dance music. Playing the keyboard and piano are favorites. Family and friends are very important.
View all posts by kommonsentsjane →
This entry was posted in Kommonsentsjane - Free Speech vs PC Police and tagged Kommonsentsjane - Spike and Schwarz Crossing the PC Line. Bookmark the permalink.