KOMMONSENTSJANE – ON THE EDGE OF THE TRUTH

Why doesn’t the prosecutor let the public hear the copilot’s  cockpit recording? 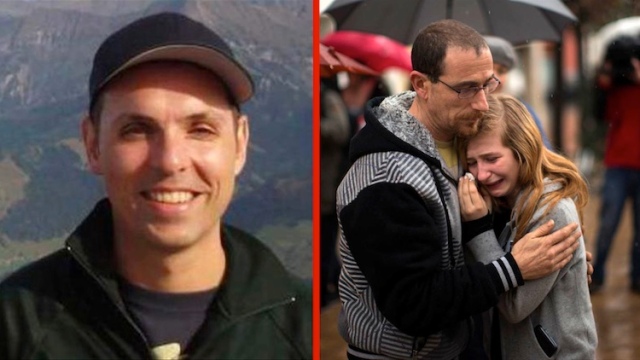 Multiple news sources, including The Daily Mail, are reporting that German investigators have revealed their discovery of significant evidence in a search of the apartment belonging to Andreas Lubitz.

Reportedly, that evidence contains clues as to why the co-pilot of the doomed Germanwings Airbus deliberately crashed his plane into a mountain in the French Alps, killing himself and 149 others.

Prosecutors say they found clues indicating the 28-year-old co-pilot likely had a serious medical condition that he may have kept secret from his employer.

“Following a search of Lubitz’s Dusseldorf apartment, investigators today revealed they had found old torn-up sick leave notes, current ones and one issued for the day of the disaster.”

The Daily Mail report on the air disaster adds that investigators said they have not found a suicide note nor any evidence of a political or religious motivation.

However, there are reports circulating in non-mainstream German news outlets that Andreas Lubitz was a Muslim convert who was trained in a radicalized mosque and may have been acting under orders from Islamic handlers when he set his aircraft on a death course.

The website Speisa offers an English translation of an article written in German by a writer for German PI-News, Michael Mannheimer, who claims the crashing of the airliner was an act of terror:

All evidence indicates that the copilot of Airbus machine in his six-months break during his training as a pilot in Germanwings, converted to Islam and subsequently either by the order of “radical”, ie. devout Muslims , or received the order from the book of terror, the Quran, on his own accord decided to carry out this mass murder.

As a radical mosque in Bremen is in the center of the investigation, in which the convert was staying often, it can be assumed that he – as Mohammed Atta, in the attack against New York – received his instructions directly from the immediate vicinity of the mosque.

On her website, Pamela Geller — a frequent critic of, and watchdog for, Islamic extremism and the dangers it presents — offers evidence of the possible religious conversion of the co-pilot in the form of a Facebook page of unknown origin.

The page that suggests it’s associated with Islam contains a post proclaiming: “Our holy martyr Lubitz died for our prophet. LONG LIVE HIS SOUL.” Again, the origin and authenticity of this social media posting are unknown.
Meantime, crash investigators examining details of the co-pilot’s life have reportedly said that Lubitz had a mental health issue for which he continued to receive support up until his death.

In addition, Lubitz may have been distraught about problems he was experiencing with his girlfriend.

“Lubitz was said to be in a ‘relationship crisis’ with his girlfriend in the weeks before the crash and was struggling to cope with a potential break-up reported.”

Surely his parents or girlfriend know more than is being told if that is the case – especially if he converted.

Enjoys sports and all kinds of music, especially dance music. Playing the keyboard and piano are favorites. Family and friends are very important.
View all posts by kommonsentsjane →
This entry was posted in Kommonsentsjane - Co=Pilot Andreas Lubitz and tagged Kommonsentsjane - On the Edge. Bookmark the permalink.