KOMMONSENTSJANE – WHAT REALLY DIED AT AUSCHWITZ

Posted on January 30, 2015 by kommonsentsjane 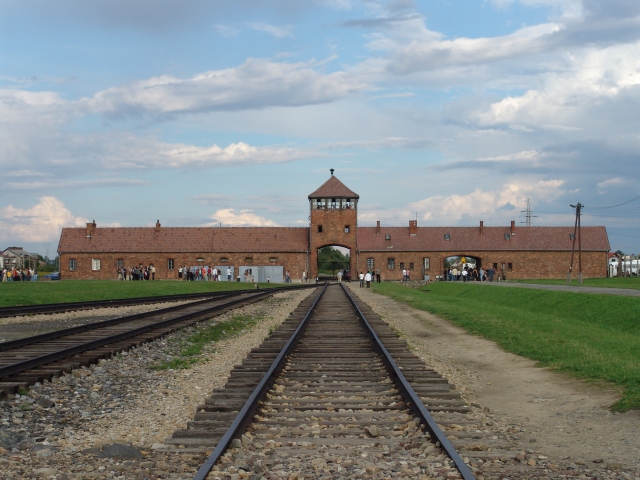 What really died at Auschwitz ?  European life died in Auschwitz!

The following is a copy of an article written by Spanish writer Sebastian Vilar Rodrigez and published in a Spanish newspaper on Jan. 15 2011.

“I walked down the street in Barcelona and suddenly discovered a terrible truth – Europe died in Auschwitz … We killed six million Jews and replaced them with 20 million Muslims. In Auschwitz we burned a culture, thought, creativity, talent. We destroyed the chosen people, truly chosen, because they produced great and wonderful people who changed the world.

The contribution of this people is felt in all areas of life: science, art, international trade, and above all, as the conscience of the world. These are the people we burned.

And under the pretense of tolerance, and

because we wanted to prove to ourselves that we were cured of the disease of racism, we opened our gates to 20 million Muslims,  who brought us stupidity and ignorance, religious extremism and lack of tolerance, crime and poverty, due to an unwillingness to work and support their families with pride.

They have blown up our trains and turned our beautiful Spanish cities into the third world, drowning in filth and crime. Shut up in the apartments they receive free from the government, they plan the murder and destruction of their naive hosts.

And thus, in our misery, we have exchanged culture for fanatical hatred, creative skill for destructive skill, intelligence for backwardness and superstition. We have exchanged the pursuit of peace of the Jews of Europe and their talent for a better future for their children, their determined clinging to life because life is holy, for those who pursue death, for people consumed by the desire for death for themselves and others, for our children and theirs.

What a terrible mistake was made by miserable Europe .

A lot of Americans have become so insulated from reality that they imagine America can suffer defeat without any inconvenience to themselves. Recently, the UK debated whether to remove The Holocaust from its school curriculum because it ‘offends’ the Muslim population which claims it never occurred. It is not removed as yet. However, this is a frightening portent of the fear that is gripping the world and how easily each country is giving in to it.

It is now more than sixty years after the Second World War in Europe ended. This e-mail is being sent as a memorial chain, in memory of the six million Jews, twenty million Russians, ten million Christians, and nineteen-hundred Catholic priests who were ‘murdered, raped, burned, starved, beaten, experimented on and humiliated.’ Now, more than ever, with Iran , among others, claiming the Holocaust to be ‘a myth,’ it is imperative to make sure the world never forgets.

How many years will it be before the attack on the ‘World Trade Centre’ ‘NEVER HAPPENED’ because it offends some Muslim in the United States ? If our Judeo-Christian heritage is offensive to Muslims, they should pack up and move to Iran , Iraq or some other Muslim country.

Let the truth be heard!

Enjoys sports and all kinds of music, especially dance music. Playing the keyboard and piano are favorites. Family and friends are very important.
View all posts by kommonsentsjane →
This entry was posted in Kommonsentsjane - Europe Died in Auschwitz and tagged Kommonsentsjane - The Holocaust, Sebastian Vilar Rodrigez. Bookmark the permalink.