KOMMONSENTSJANE – IT’S THE DEVIL IN THE DETAILS

Posted on December 31, 2014 by kommonsentsjane 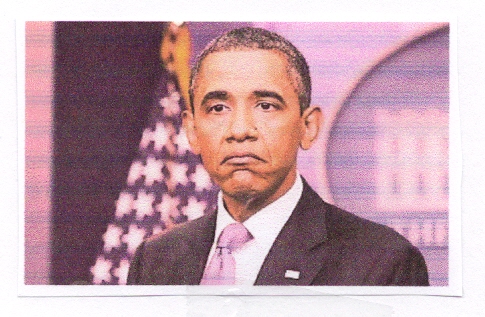 President Barack Obama and the Socialist Democrats have touted the fact that he has issued fewer executive orders than almost all of his predecessors.

But he has actually issued a form of executive action known as the presidential memorandum more often than any other president in history.

Obama said in July: “I’m issuing executive orders at the lowest rate in more than 100 years.” (Oh! you sneaky devil, you!”)

Also in July, Majority Leader Harry Reid said: “While Republicans accuse President Obama of executive overreach, they neglect the fact that he has issued far fewer executive orders than any two-term president in the last 50 years.”  (Reid stirring up the Witches brew.)

Obama has issued 195 executive orders as of Tuesday, according to USA Today. But in addition, 198 of his presidential memoranda have been published alongside the orders in the Federal Registry. When the orders and memoranda are combined, Obama is on track to institute more high-level executive actions than any president since Harry Truman.

He has signed 33 percent more presidential memoranda in less than six years than George W. Bush did in eight years, and he is the first president to issue more memoranda than executive orders.

“The White House and its defenders can say, ‘He can’t be abusing his executive authority. He’s hardly using any orders,” Andrew Rudalevige, a presidential scholar at Bowdoin College, told USA Today. “But if you look at these other vehicles, he has been aggressive in his use of executive power.” (That is the way they get around the truth!)

Among his recent memoranda, Obama on Tuesday used one to declare Bristol Bay, Alaska, off-limits to oil and gas exploration.

In January, he issued a memorandum telling the Treasury Department to develop a pilot program for a new retirement savings account for low-income workers.

In April, an Obama memorandum directed the Department of Labor to collect salary data from federal contractors and subcontractors to determine if they are paying women and minorities fairly.

In June, he instructed the Department of Labor to allow certain borrowers to cap their student loan payments at 10 percent of income.

In September, he used a memorandum to authorize military and other aid to the embattled government of Ukraine. (It is about time.)

A controversial recent memorandum directed the administration to overhaul the country’s immigration system, an action that Republicans claim exceeded his authority. (This is where it hits the fan and our leader ran into the ditch.)

While presidential memoranda and executive orders have the same force of law, there is one significant distinction: Due to an executive order signed by President Kennedy in 1962, an executive order must contain a “citation of authority,” saying what law it is based on.  (Now this is the proof in the pudding – did our leader complete the task on each of these memorada – guess what?)

Presidential memoranda have no such requirement.  (See – he is such a sneaky devil – just like he snookered the people to become the leader.  So it is not his fault, it is the people’s fault who elected him – so what do we do now?  Impeach this little community organizer?  If you try, you will have to bull doze your way through Boehner – his golfing buddy – by the way did Boehner go to Hawaii with him?)

Enjoys sports and all kinds of music, especially dance music. Playing the keyboard and piano are favorites. Family and friends are very important.
View all posts by kommonsentsjane →
This entry was posted in Kommonsentsjane - Executive Orders/Memoranda and tagged Kommonsentsjane - It's the Devil in the Details. Bookmark the permalink.